You may not be a fan of online casino . It may even be that you do not even know online roulette . It’s the same! There is more to do and see in what we have called casino cities .

We have prepared a list for you with the 5 main casino cities in the world . We have not visited all of them – although we would have liked to – but we have obtained first-hand information. 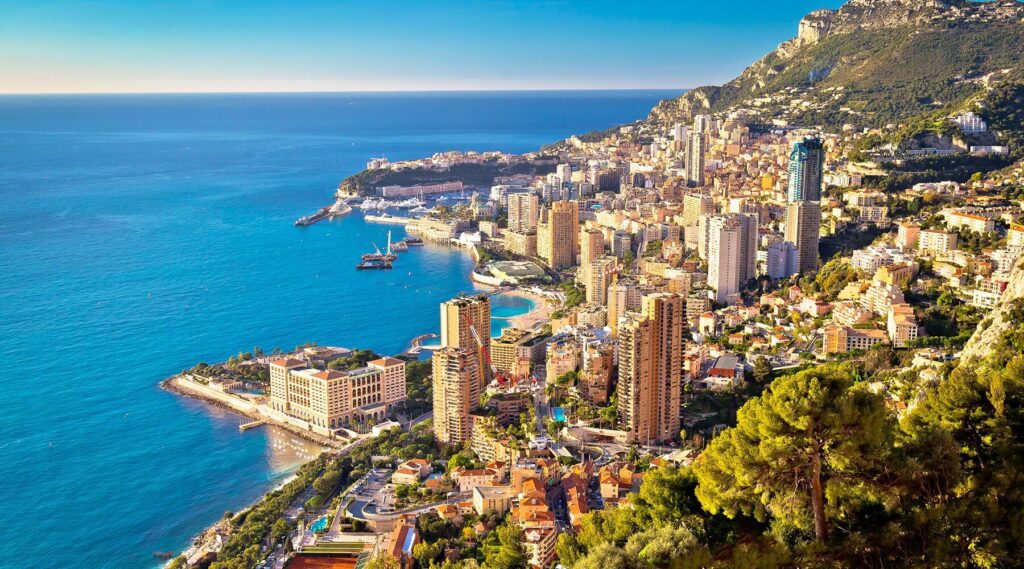 To speak of Monte-Carlo is to speak of pleasure and luxury . This small city located in Monaco, on the shores of the Mediterranean, represents the sophistication par excellence .

If you feel like playing, Monte Carlo is the closest casino city to you. If you go, remember to leave your flip-flops and shorts at home, they are not very well seen and you will probably have problems entering their casinos.

Although you have probably already heard of the Monte Carlo Casino , do not think that they are all from the 19th century.

The Bay  is the newest, and although you will probably not find members of the European nobility or famous millionaires like the one in Monte Carlo, you can enter for free and play from 1 euro cent .

The city’s meeting point is the Café de Paris casino , if you want to see its futuristic style, admission is free.

Remember that in addition to the glamor of its shops and the class of its cafes, the Côte d’Azur also tends to have great weather in summer.

Located in the state of New Jersey, “ Las Vegas on the East Coast ” attracts millions of tourists a year thanks to its geographical position and is one of the main casino cities in the United States.

Atlantic City does not have the luxury of Monte-Carlo, nor are its shops that glamorous, but it does have an immense and pleasant boardwalk – promenade – next to the beach, which many would already like.

The city is not going through its best moment due to strong competition, but it is only about two hours from New York and it may be a different plan to get out of the Big Apple. If you want to go to Atlantic City, our advice is to do it in summer so you can also go to the beach. If you go in winter, the weather will probably prevent you from doing outdoor activities.

The casinos have a varied theme. You can move from the Roman Empire of Caesars  to the far west of Bally’s,  stopping on the way at the Taj Mahal . You choose what you want the most!

Before you go, don’t forget to try the Saltwater taffy , a typical chewy candy from the city.

We said Singapore, although we could perfectly have said Marina Bay Sands.

Situated between Malaysia and Indonesia, this isolated casino is the most luxurious and profitable in Asia . The sophistication of its four levels together with its geographical position, is something that does not leave anyone indifferent.

Located in front of the Singapore Bay, the complex also has theaters , an art and science museum and a shopping center with the best luxury brands. Despite its “recent” construction in 2010, the Marina Bay Sands makes more money per year than all the casinos in Las Vegas combined, as Asians are the biggest spenders.

In addition, the complex has an exclusive club: El Paiza . El Paiza members have exclusive access to special rooms and a bridge that connects the games rooms with the hotel.

If you have the opportunity to visit the Marina Bay Sands, we recommend that you go to SkyPark , the pool on the roof. The best thing about it is not its more than 150 meters, but the impressive views of the Singapore skyline.

Macau is the only city in China where gambling is legal . With more than 40 casinos in operation permanently (24 hours a day every day of the year), it is no wonder they call it ” Las Vegas of Asia” .

But not all are the same, the following should be noted:

– The Venetian Macao : Inspired by the atmosphere of Venice, with its canals, iconic buildings and waterfalls, it is the largest in the world. Inside is the largest hotel in Asia, although with this photo you will surely get an idea of ​​what we are talking about.

– Wynn Macao  : The luxury par excellence . Restaurants, hotels, clothing firms … There will be few things that you cannot find here.

– Grand Lisboa : The name does not surprise us since Macao was a Portuguese colony and today Portuguese is one of its official languages. It is the easiest to find within Macau, as it is the tallest tower . If you go to Macau you cannot miss it, it has the largest light show in the world and its restaurant is also included in the Michelin guide.

They say that the best is left for last , and that is what we have done.

With its more than 120 gambling venues, this casino city located in the middle of the desert is the city of online gambling and blackjack par excellence . A world reference that even if you have not been, you can get an idea of ​​what it is like thanks to all the movies in which it appears.

Although we have selected our favorites, it is worth mentioning that there are several casino cities in the United States such as New Orleans or Reno.

Talking about the most important casinos in Las Vegas is complicated, since deciding which ones they are is not an easy thing.

The MGM Grand is the largest, the Caesar’s Palace of the most beautiful and the  Mandalay Bay of the newest. The Bellagio will surely sound familiar to you , since it is the most famous and sophisticated and has a water and light show in its fountains that even those who do not want to stop to see. Las Vegas also has a Venetian, which has a hotel that has been rated by AAA for five diamonds in the United States.

We remind you that the board game par excellence in recent years is Baccarat . But Las Vegas is not just going to be gambling! The Cosmopolitan is one of the most recent, and there are a variety of clubs where you can dance. Also, go to Strip -the main street-, Freemont or get married in disguise with Elvis present, you will soon understand why they call it the city of sin .

Get on the Stratosphere! It is  the tallest tower in Las Vegas and in the entire state of Nevada. You can enjoy incredible views and also ride its attractions.

What Are the Best Online Sportsbooks in 2022?

You may have missed

UKGC Continue to Flex their Muscles

The Vast Ocean of Betting on the Super Bowl

Top Gaming Events In 2022 That You Should Watch